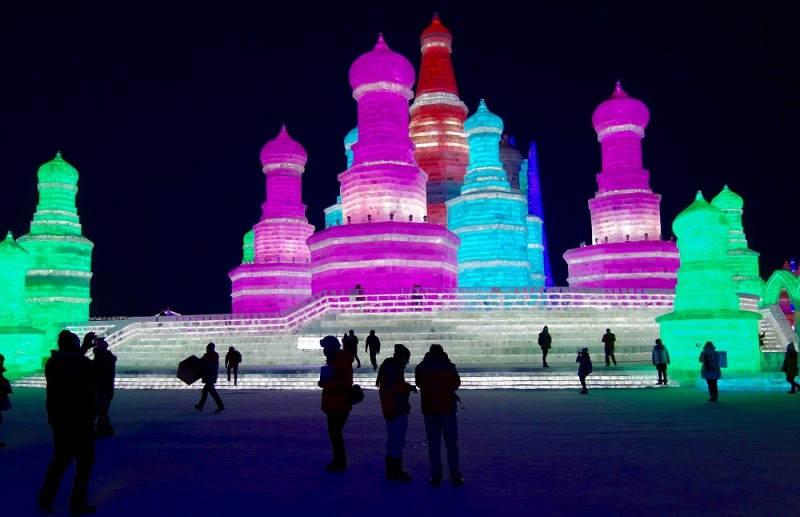 If you’re wondering about the best way to experience a country’s culture, the answer is always to be part of the celebrations, and what better way to do this than to attend some of the most popular events and festivals there during your visit. So if you are planning to travel in January 2020 and wondering where to go, here a list of some of the most incredible events and festivals happening in January 2020. And right after the new year is there is a better way to celebrate than to travel the world.

Dates: New Year’s Day
Location: Scheveningen beach, Netherlands
If you want to think that everyone just wants to stay away from the cold snuggled up in a blanket with a warm cuppa this annual event is going to turn your belief on its head. We’ve all heard of lots of crazy new year celebration stories but this chilly New Year tradition tops them all. It supposedly started way back in 1960 with people at over 60 locations across the Netherlands choosing to go diving into the frigid waters of the North Sea. Nowadays the most popular dive spot can be viewed from the Scheveningen beach where you will witness over 10,000 daring swimmers jumping into the freezing waters together. If that’s not one of the wildest New Year Traditions we don’t know what is! 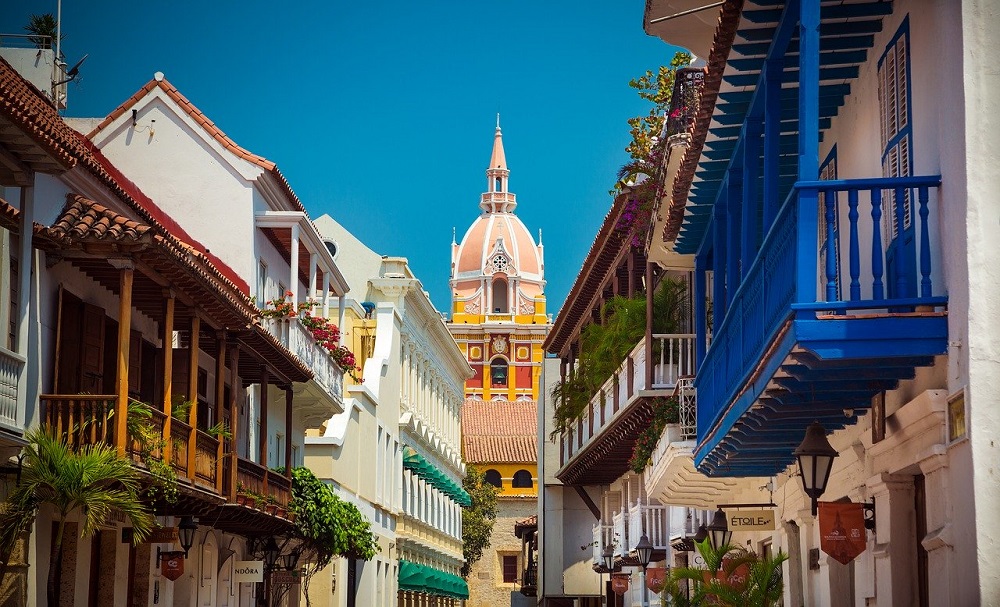 Dates: January 4, 2020- January 12, 2020
Location: Cartagena, Colombia
A UNESCO World Heritage site, that is a stunning colonial walled city hosting over forty concerts spread over nine days where the city’s squares, churches and barrios open up to the public for performances, with musicians jetting in from all over the world- Thats a pretty high standard to beat for any classicial music concert. The theme changes each year with 2020 focusing on the transition of the Classical era’s elegant aesthetics into the stormy early Romantic period with ‘The Beautfiul and the Sublime’. The whole show is complemented by talks, virtual-reality exhibitions and installations. 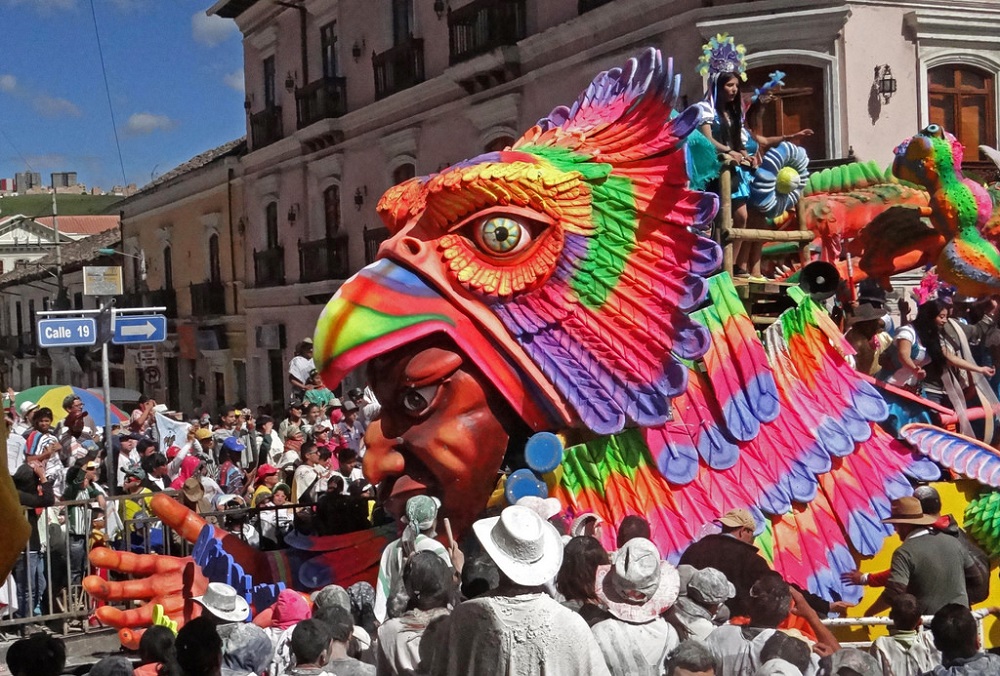 This festive carnival taking place in the Nariño region of Columbia draws over 10,000 from across the country and all over the globe to take part in a celebration of cultures. Also known as Pasto’s carnival or the Black and White carnival, these celebrations are dated back to the colonial period when settlers would paint their face with black paint on January 5th and the next day, the slaves would do the same things with white paint. The current form of the Carnival is believed to draw from a mix of Andean, Amazonian and Pacific cultural expressions and has been on UNESCO’s list of intangible cultural heritage since 2009 has been named a Masterpieces of the Oral and Intangible Heritage of Humanity. With grand parades, elaborate costumes, exciting performances, displays of local culture and food, the festival generally has over 10,000 attendees making it the largest in Colombia’s south-western region.

The Battle of the Oranges 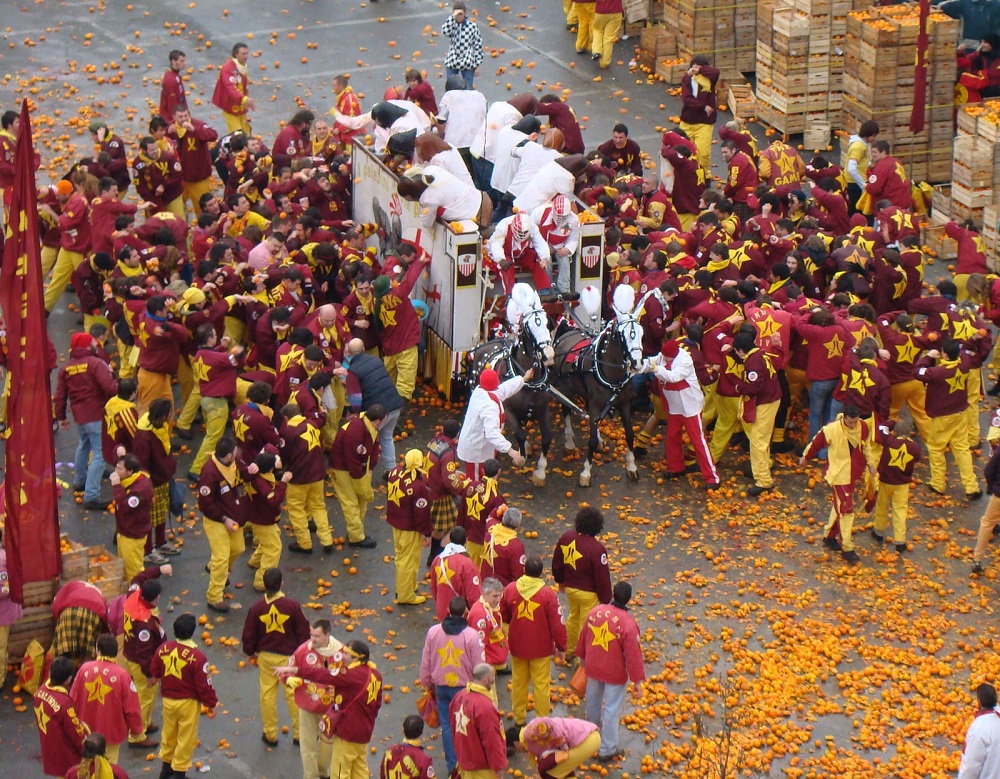 Dates: 6th January 2020
Location: Ivrea, Italy
Yet another festive celebration marking the coming of Lent, on the days preceding Fat Tuesday, what sets it apart is the nine squads of townspeople that dressed for battle, over the course of the next three days hurl oranges at each other, attempting to “kill” the other teams at certain streets of Ivrea that are designated for war.

First established in 1808, the Carnival of Ivrea is one of the oldest festivals in the world, whose highlight is the Battle of the Oranges where the people are involved in a historical reenactment of the rebellion against Napoleonic troops to defeat tyranny. This culminates in the spectacular parade of the historic court and the thrilling Battle of the Oranges.

The Carnival’s main protagonists include the ‘Mugnaia’ or miller’s daughter who is the heroine of the display with the “General” at her side. Since the beginning it has been their duty to ensure the proper proceedings of the event. Also participating are the customary Napoleonic General Staff, and other historic figures.
The Battle and festivities fills the city with fantastic colors and perfumes, and brings everyone into the act. 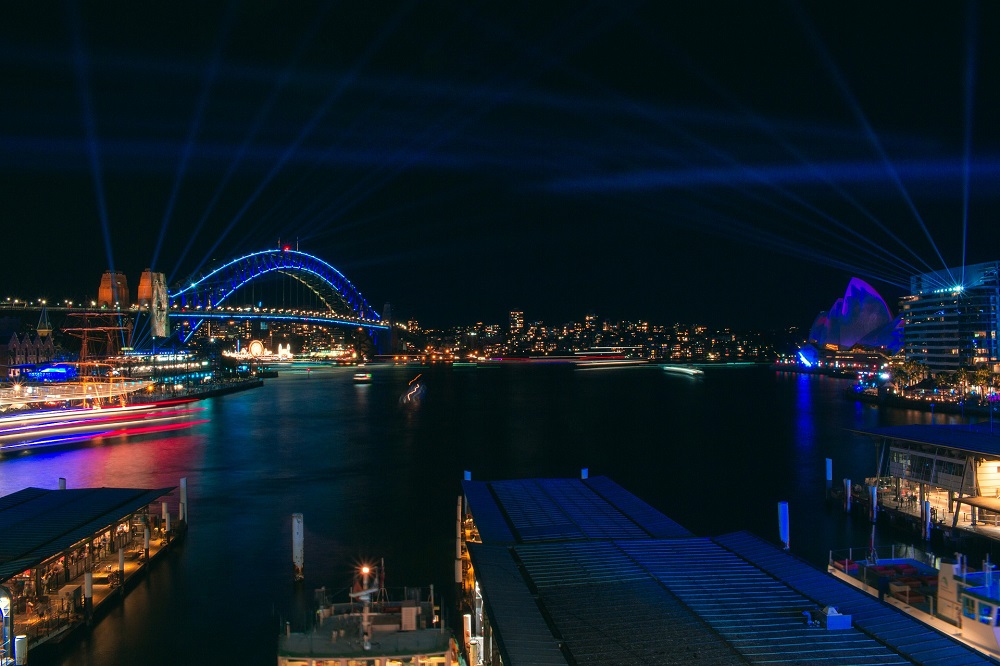 With 19 days of big ideas and cutting-edge theatre, music, cabaret, dance and visual art, the Sydney Festival is an ideal way to celebrate the beginning of the New Year in Style. January is the ideal of the quintessential Sydney summer, with balmy temperatures, lending themselves to explore the lovely city around as the people throng in full celebratory mode. Ranging from the central business district to Parramatta, the Festival brings alive many unique spaces including the Festival Village in Hyde Park, Sydney Town Hall and The Domain, as well as making the most of the city's best venues which include Carriageworks, Riverside Theatres and Sydney Opera House. From aerialist Elke Uhd, tap dancer Hilton Denis, singers Rechelle Mansour and Fantine, clown Goos Meeuwsen to American drummer Attis Clopton, bass saxophonist Blaise Garza and former Cirque du Soleil performers Helena Bittencourt and Oscar Kaufmann- the performers at the festival just add more reasons to visit Sydney during January 2020. 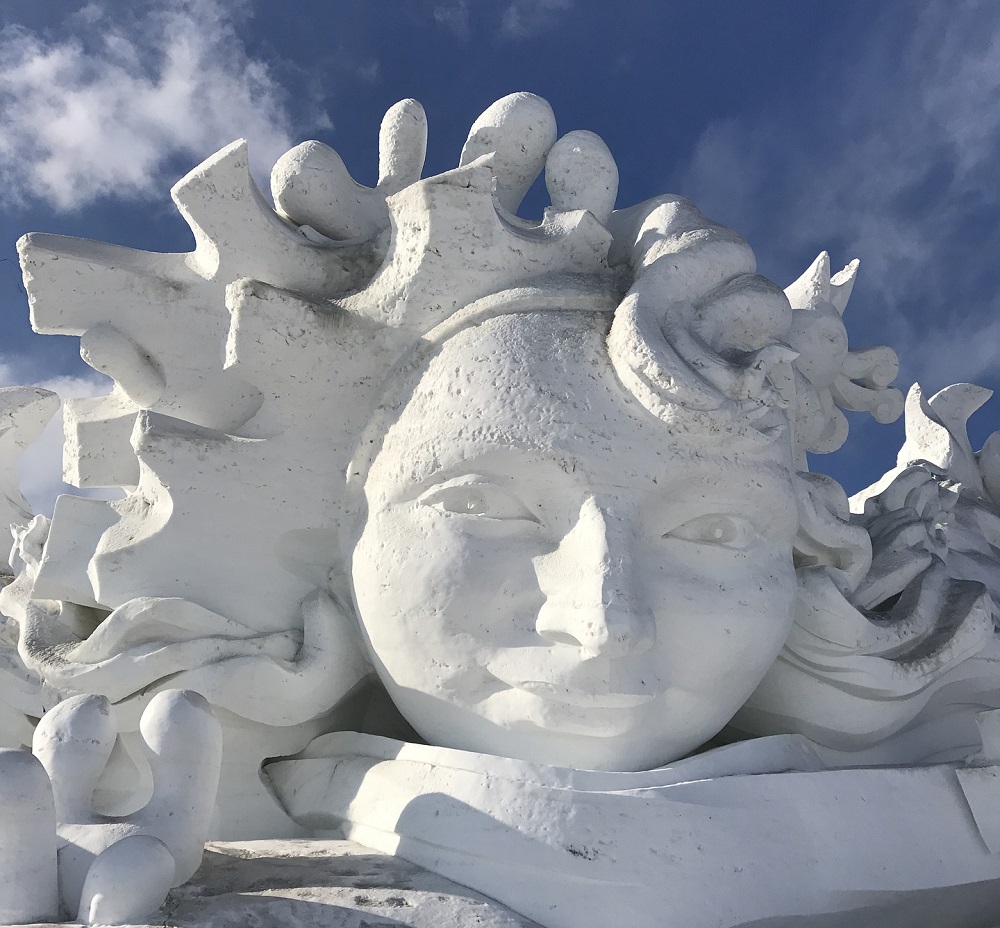 It may be just a little late to include this one on the list since it already started in December, however considering this grand show is going to continue till February 2020 we think it is worth including on the list. Considered one of the largest and the most incredible winter events that happen around the world, it features frozen castles, glistening snow sculptures, an ice lantern art fair, sculpture art expo, winter swimming, and lots of snowmen. The organizers choose the most creative ice and snow engineers to be involved in this incredible winter festival, with thousands of workers and artists getting together to build displays and some 120,000 cubic metres of ice and 111,000 cubic metres of snow being used to build the Ice and Snow World even as temperatures plunge as low as -35C (-31F). The event, being the largest ice festival in the world, draws millions of visitors from all over the world every year and is sure to be a memorable winter travel experience. 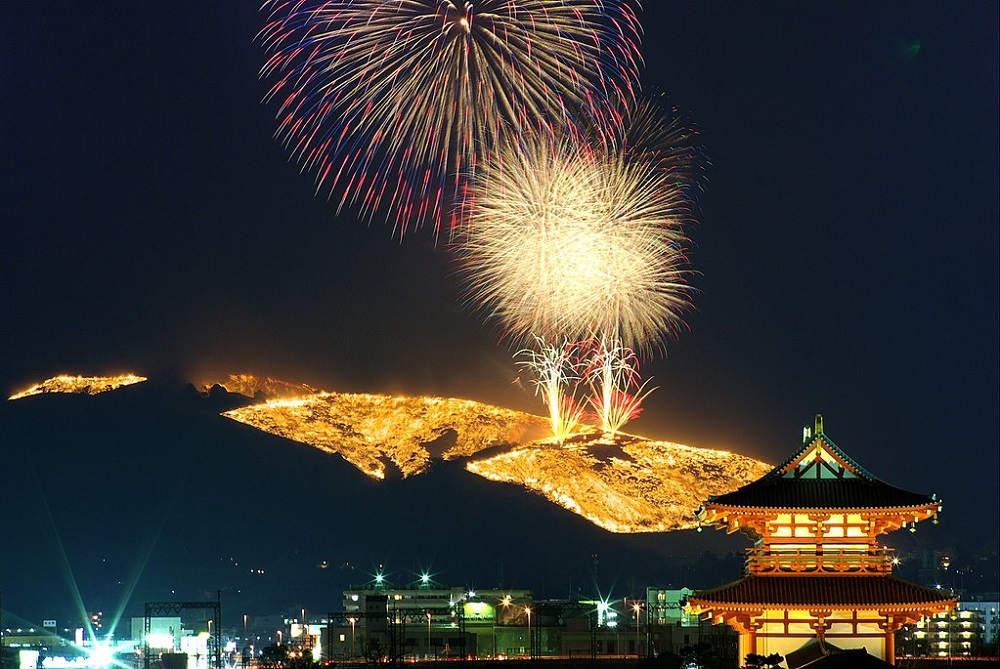 This blazing festival is held on the fourth Saturday in January each year when the dead grass on the hillside of Mount Wakakusayama is set ablaze, an act which gives the festival it name, ‘The Mountain Roast’. Once set ablaze the mountain can burn for more than an hour and because of the elevation at which it sits, the fire can be seen from everywhere in the city.
The most commonly held belief regarding the origin of this tradition states that the burning of the mountainside began during boundary conflicts between Nara’s great temples Todai-ji and Kofuku-ji, although there are other who say that the fires were only used to drive away wild boars. Regardless of what initiated the first burning of the mountainside, nowadays the festival begins with a ceremonial lighting of the first blaze by members of both temples, followed by a fireworks display.

A month-long festival is held at the Ananda temple after the harvest season every year. Built in 1090 AD, the Ananda Pagoda is the largest and best-preserved temple in Bagan and is said to represent the endless wisdom of the Buddha. The annual Pagoda festival involves thousands of people who head to Bagan to pay their respects and attend the oldest annual event in the country celebrating a beautiful and culturally significant destination in Myanmar.
During the festival, 1,000 monks chant Buddhist scriptures for three days without a break and as dawn breaks on the Full moon Day of Pyatho month(the tenth month of the traditional Burmese calendar) the pilgrims make offerings to the monks to sustain the temple. This festival is a great opportunity to experience the local culture, witness Buddhist rituals and hear sermons given by monks.
However, this is not just about ritualism and the festival is meant for social gathering. reunification. propagation and perpetuation of the Buddhist religion with thousands gathering to enjoy traditional entertainment including dance, music and theatrical performances, along with local food, games, and markets selling locally created handicrafts. Also, be sure to keep an eye out for the bullock carts that most people arrive, in keeping up the traditional ways of transport on this day. During the festivities you will have to wade through a sea of vendors and shops offering you a feel of what the celebrations were like even hundreds of years ago. 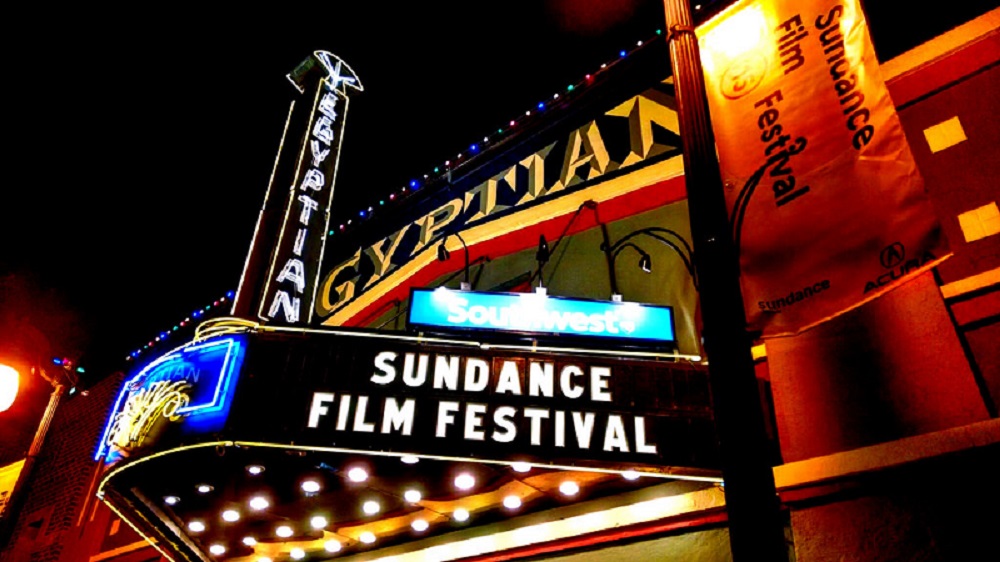 Do we even need to explain? Film fans from all over the world head to this annual film festival which is the ultimate gathering of storytellers who with their innovative ideas, entertain an audience that is hungry for fresh new perspectives and inspiring motion-picture works. From shorts and series to episodic content, the Sundance Film Festival is sure to keep all cinema fans engrossed for the entire duration. With daily panel discussions, live music events and filmmaker conversations waiting for those who attend this celebration of cinema is a must for independent-film fans. It does, however, take place in a relatively small town, and most first-time attendees will probably be surprised by the lack of glamour of where the films are screened, but there is a definite thrill in sitting at an old theatre watching a hard-hitting indie film while sitting right beside an actor who is about to hit super-stardom. If you adore edgy, powerful films, Sundance is just what you are looking for.

So, that's a wrap on some of our most popular events to visit across the world in January 2020. Some other honourable mentions include:

The International Kite Festival happening in Ahmedabad, India from the 6th to 14th January, 2020 that has Kite flying, aerial acrobats, kite painting and making competitions that enhance the fun and zeal of the occasion.

Igloofest 2020 taking place from January 16, 2020- -February 8, 2020 at Montreal, QC where everyone is invited to the kingdom of igloos to experience the top artists of the electronic scene give some of their best performances with a completely different audio-visual ambiance, accompanied by wacky ski suit competitions, and an electrifying atmosphere that is guaranteed ensure one of the hottest nights you'll experience in Montreals winters.

The Bikaner Camel Festival taking place in Bikaner, India from the 11th to 12th January, 2020 which sports fascinating competitions and performances, including camel dances.

If you enjoyed reading this also take a look at our other blogs.