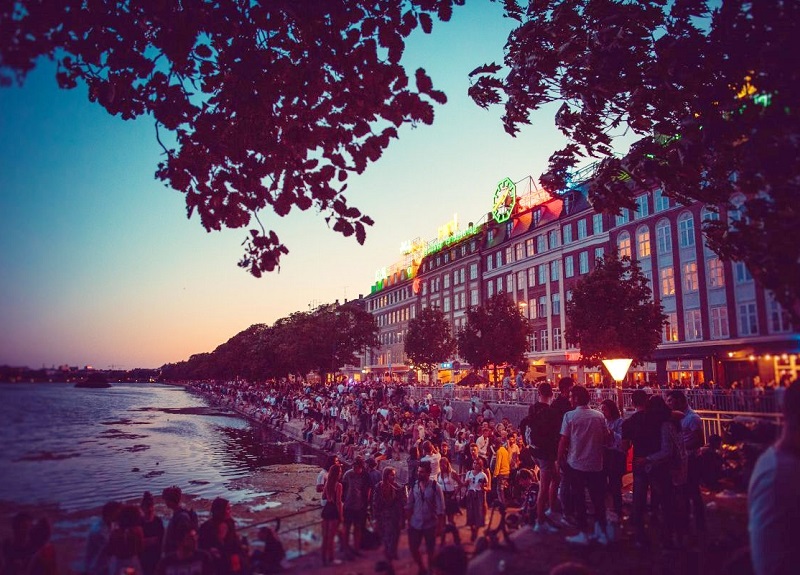 There are lots of happening events and festivals taking place in May 2020. Ranging from the French Open to the Grand Prix in Monaco you have a wide variety of options to choose from. Here we’ve put together some of the best of what's going on in May across the world. Also be sure to check out our blog on the Best Events and Festivals to Attend in April to find out about those events that start in April 2020 and continue into May 2020.

Dates: 2nd May 2020
Location: Leeds, United Kingdom
A weekend of music taking over Leeds for one day in May, where Mystery Jets, Amber Run, Temples, DMA'S, Ghostpoet, Marika Hackman, Ezra Furman, Aaron Smith, Fickle Friends, Pale Waves will be just some of the artists performing while last year saw Metronomy, Sunara Karma and Tom Grennan headlining. The event focuses on the city’s newer bands, with the festival aiming to bring emerging artists into the spotlight. Events take place across the city, with wristbands giving you access to all of the participating venues. 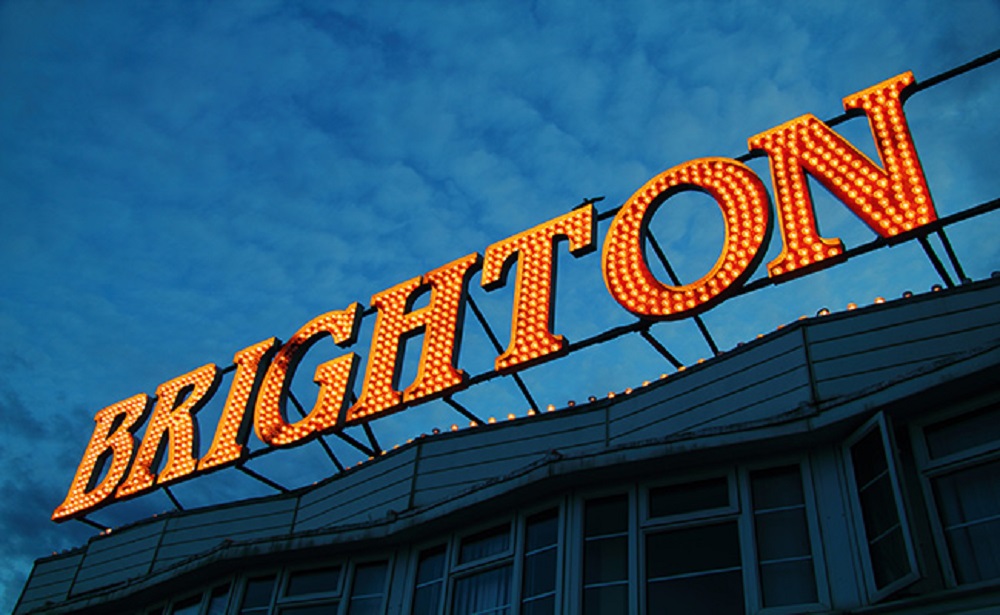 Dates: 2nd - 24th May 2020
Location: Brighton, United Kingdom
This critically acclaimed mixed arts festival is the biggest arts festival in the UK – previous guest directors have included Aung San Suu Kyui, Vanessa Redgrave, Anish Kapoor and Hofesh Shechter. There are events scheduled across Brighton, including debates and musical and theatrical performances – many of which have been commissioned especially for the event. This year the acclaimed British and Ethiopian poet, playwright, broadcaster and speaker, Lemn Sissay MBE has launched the festival welcoming everyone to the Imagine Nation. 2020 will see the Brighton Festival grow larger than ever as the largest annual, curated multi-arts festival in England featuring over 120 events taking place in 27 venues and locations across the region. 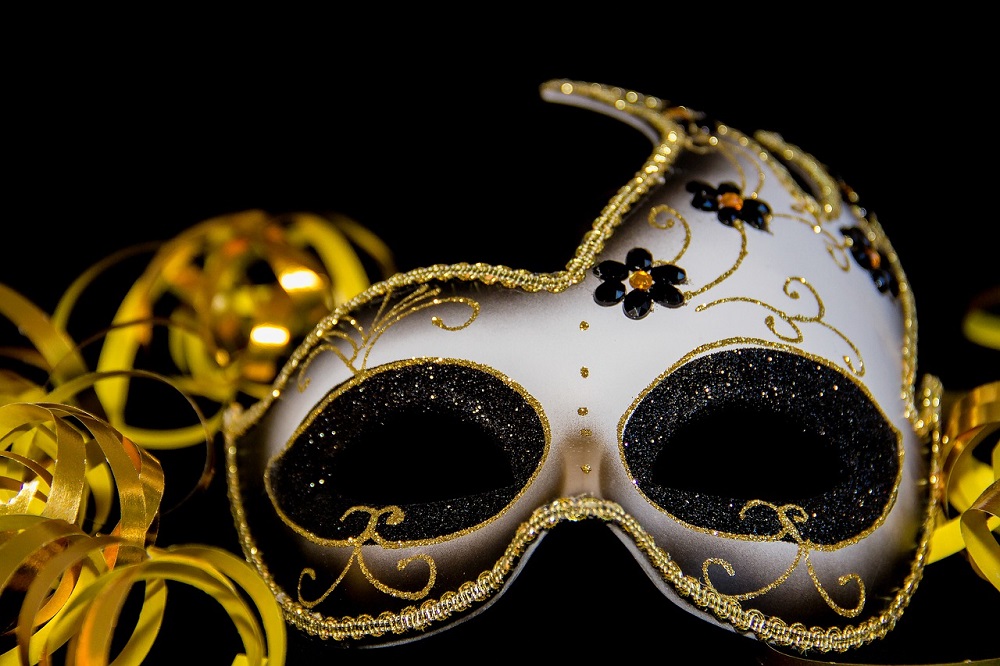 Dates: 2nd May 2020
Location: Cornwall, United Kingdom
For one weekend of the year, the cliffs above the sleepy Cornish seaside town of Porthleven are turned into a hotbed of masked shenanigans. Celebrating a decade of revelry, The Masked Ball is essentially a giant themed party in a wonderful remote location, with festival-goers expected to dress up and look just as good as those on stage. Past headliners have included Bonobo, Andrew Weatherall, Hot Chip, and Horse Meat Disco.

Dates: 7th - 10th May 2020
Location: New York, USA
A highlight of the year for the culturally minded, the Frieze Art Fair in New York showcases more that 1,000 contemporary artists and a delight for art lovers to attend. Taking place in Randall’s Island Park in 2020 where one of the highlights of the event will be the return this year of the Frieze Sculpture which is a free, public outdoor display featuring artworks by international artists. Other displays of interest include the celebrated Spotlight section curated by Laura Hoptman that showcases solo exhibitions of work by avant-garde pioneers of 20th-century art. 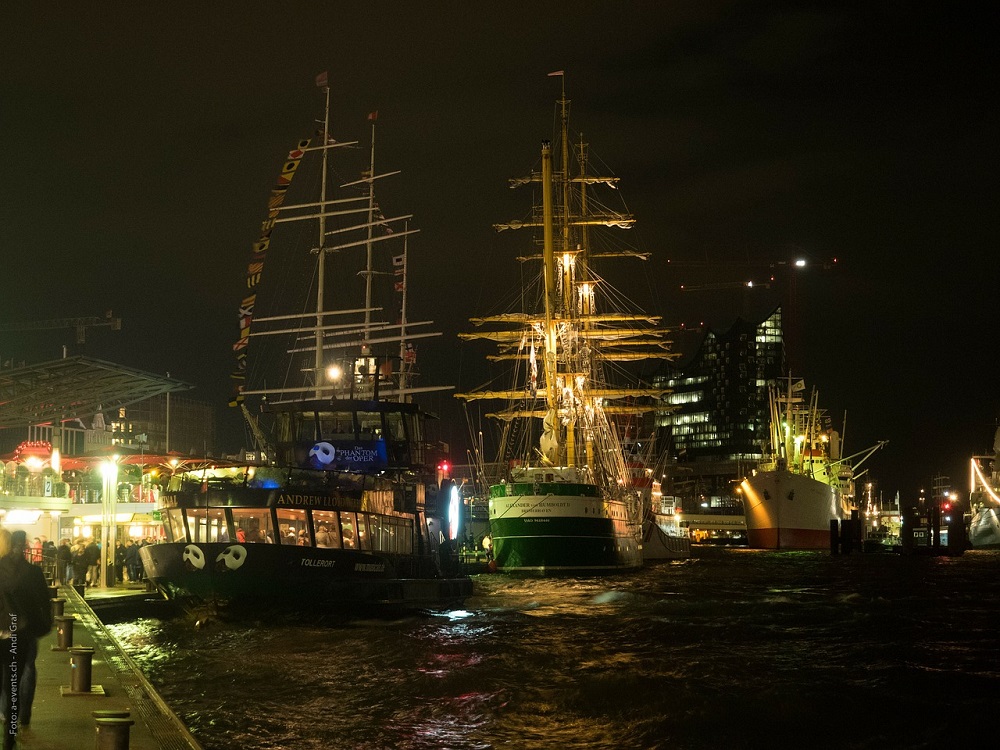 Dates: 8th - 10th May 2020
Location: Hamburg, Germany
To celebrate its famous port, without which the world may have never discovered the Beatles or the Hamburger, the city of Hamburg puts on a huge birthday party each year. One of the most anticipated German festivals, the port anniversary begins with a jaw-dropping parade of ships, which features vessels of every size, shape and age. This event also includes the Hamburg Tugboat Ballet, which showcases the stubby little ships “dancing” to classical music. It is just as charming and goofy as it sounds. As you take in all the maritime glory, you can stroll down the three-mile-long promenade, hitting delicious eateries, unique shops and the St. Pauli fish markets along the way. 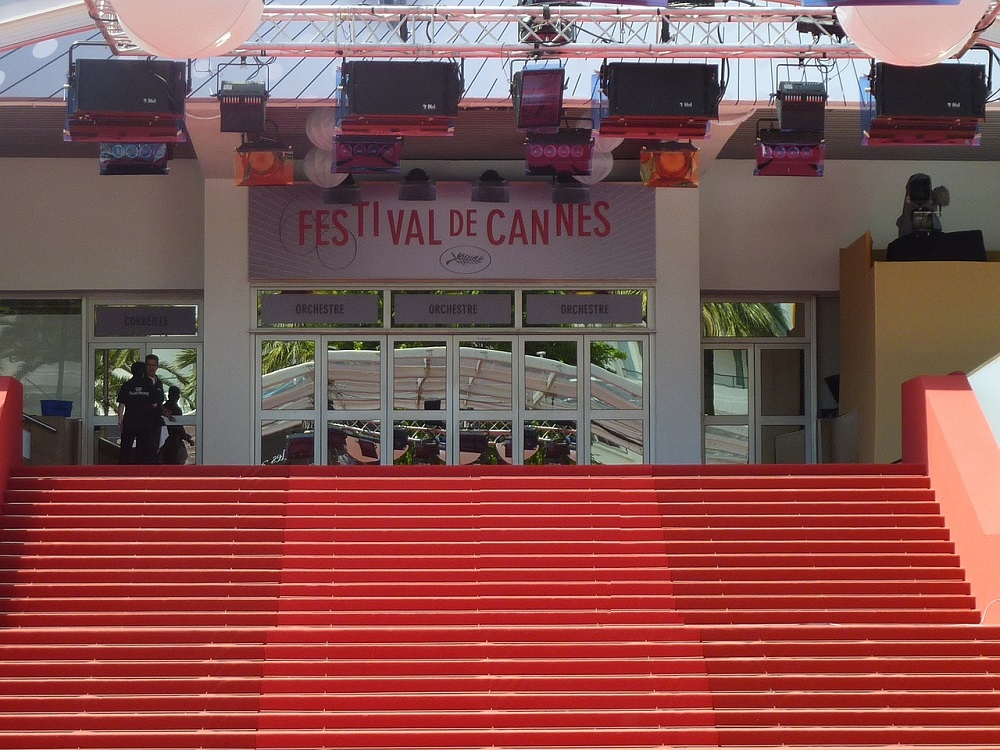 Dates: 12th - 23rd May 2020
Location: Cannes, France
One of the leading film festivals around the world, it was originally a touristic social event rather than a competition. However over the years the number and quality of films has grown to make it one of the most prestigious events in the film industry calendar. It’s a star studded, glamorous event, a place where the whos-who of the movie and fashion industry make their presence known. And even if you’re not on the rise to critical acclaim, you can have a wonderful time celeb-spotting the ones who are! Cannes is the world’s premier film festival and witnesses the screening of almost all genres of the most brilliant movies of the year for a select audience. Every year, the festival also honors the best film with the famous Palm d’Or, which is often regarded as a more prestigious recognition than the Oscars. 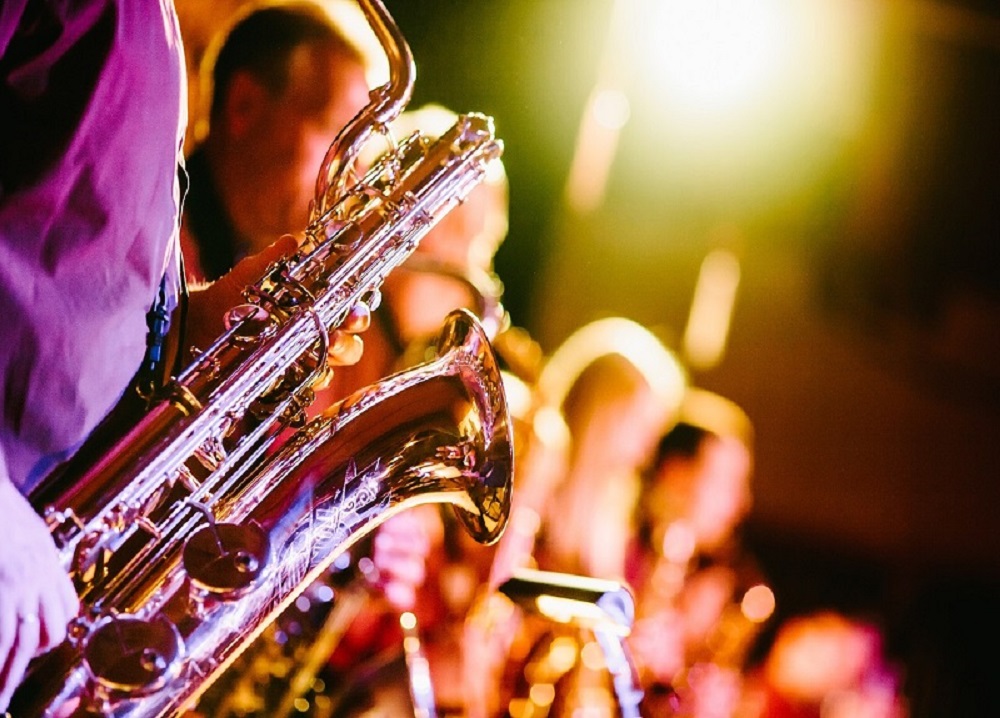 Dates: 13th - 16th May 2020
Location: Brighton, UK
Quirky, progressive and a little bit naughty, Brighton is a beacon for creatives, laid-back beach lovers, and cultural enthusiasts. Given its Bohemian cred, it should come as no surprise that it is home to one of the coolest music festivals on the planet, the Great Escape Festival, which is held each May. Touted as the British version of South by Southwest, it showcases over 500 emerging artists from all over the world. If you’re the type of music aficionado who loves to claim that you “discovered” a band, this is a can’t-miss event. 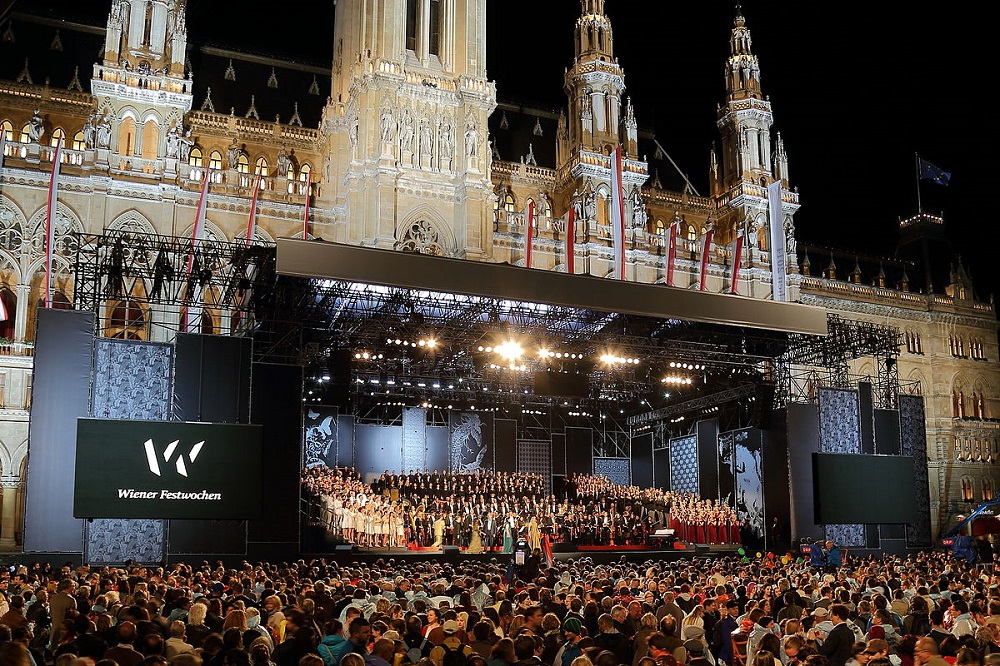 The Vienna Festival offers five weeks of dance, music, theatre, and visual arts covering everything from the classics to the avant-garde.
The highlight of the festival is the grand opening show that is held in front of Vienna City Hall and has no admission charges, however we would suggest booking in advance if you plan to visit during this time. The festival has been taking place since the 1950’s, with the Wiener Festwochen blending the established with unheard-of newcomers and also classical artists performing in the festival. With 2020 being Beethoven year in Vienna, celebrating the 250th birthday of the composer you can expect a fresh approach to classics performed by top orchestras, conductors, theater producers and singers. 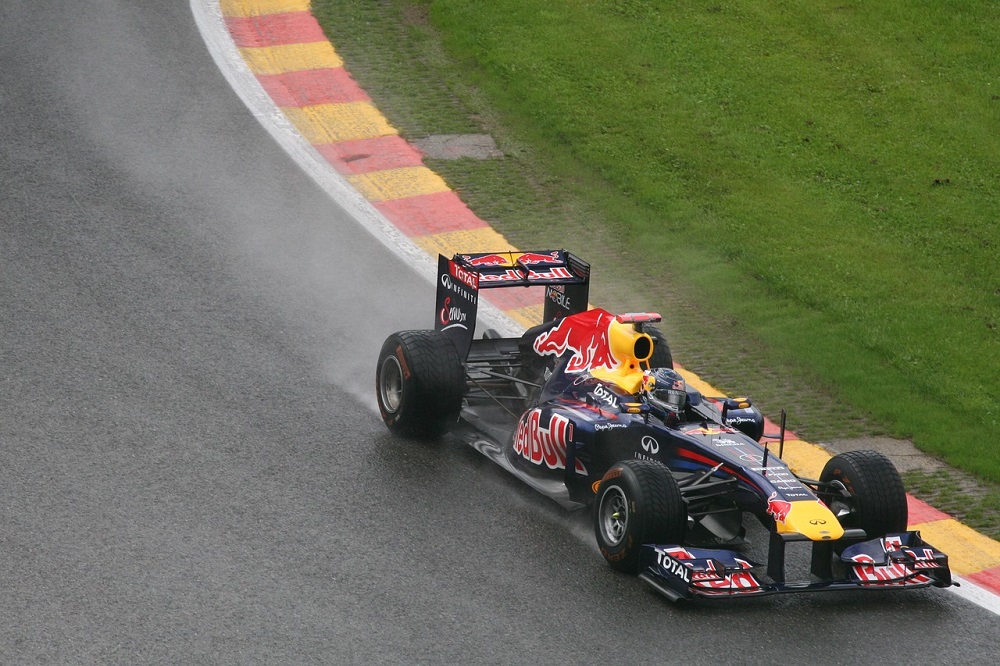 Dates: 21st - 24th May 2020
Location: Monaco
Known for its winding roads, gorgeous landscapes, envious wealth and lax tax laws, Monaco is a top destination for the world’s pleasure-seekers all year round. However, each May, the Formula One Grand Prix makes Monaco the number one spot on the map for F1 racing fans and all-around speed demons. It also draws a throng of royal watchers, as the event is overseen, and conspicuously attended, by the country’s posh royal family. The 78th Monaco Grand Prix is taking place this year on the Circuit de Monaco track,and this Monegasque’s track has undergone some modification last season bringing its total distance at 3,337 km. Lewis Hamilton, Valtteri Bottas, Max Verstappen, and Sebastian Vettel are some of the top drivers that are expected to take to the course this year.. 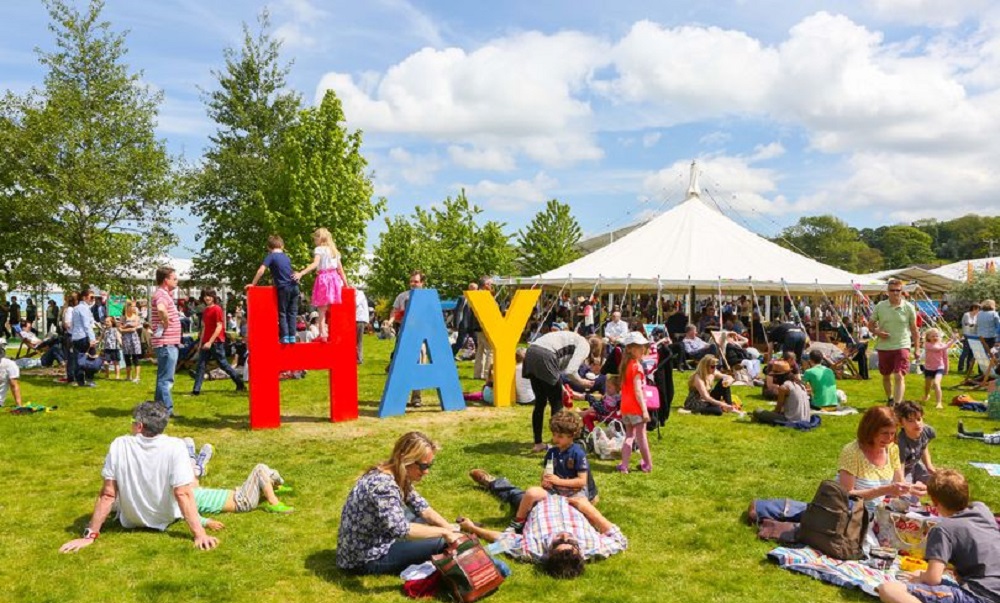 Dates: 21st - 31st May 2020
Location: Whales, United Kingdom
This is the world's most famous book festival (pictured above) held annually in one of the UK's prettiest market towns. Here you'll find enlightening talks from award-winning authors and global policy makers, alongside family-friendly entertainment, including music and comedy, in the evenings. There’s a great kids' programme and lots of events with broad family appeal, and a whole section of the festival is devoted to toddlers and parents. Step off-site and you can walk, swim, ride, paraglide and enjoy the most beautiful countryside in Britain. 2020 will see the festival hosting Shakespeare's Globe on Tour and talks and performances by many famous authors and artists. 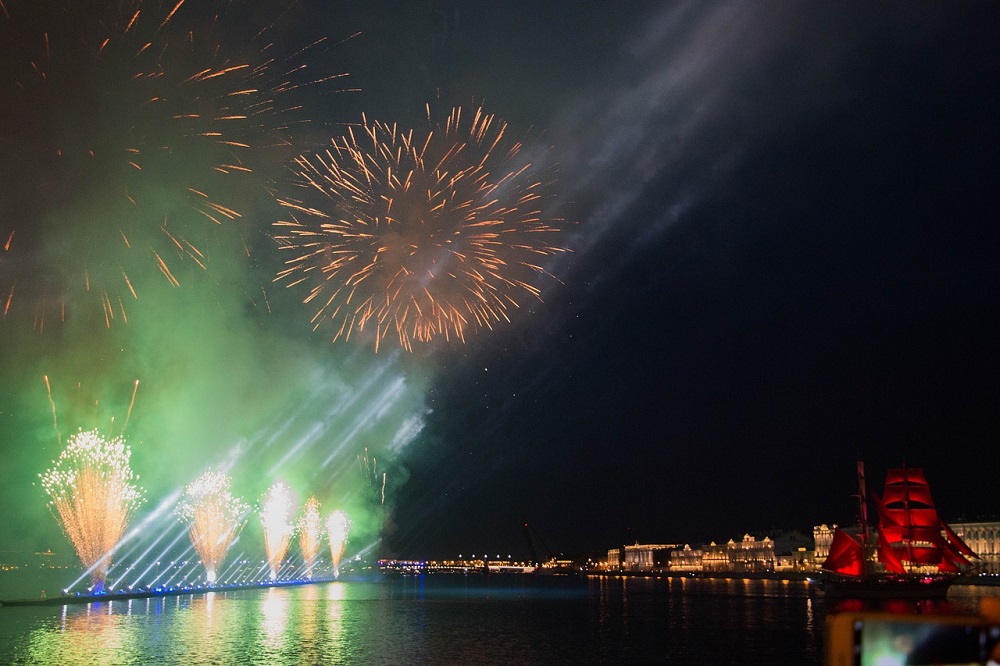 Dates: 22nd May to 21st July 2020
Location: St Petersburg, Russia
The White Nights Festival is held at the city's famous Mariinsky Theatre and showcases some of the world's best opera and ballet. It's the best time to visit St Petersburg because it's held during the magical summer period when there's almost 24-hours of sunlight a day.
But visitor should note that White Nights isn’t really one festival but a collection of events around the longest days of the year, from mid-­May to mid-­July. This event is an extravaganza of the arts — music, opera, ballet, film and outdoor celebrations including the Scarlet Sails, a fleet of red­-sailed, tall ships with a gunpowder-packed fireworks show, Russian style. Long walks along the River Neva in almost constant daylight reveal roving gypsy bands, jugglers, sword swallowers, fire eaters, even stoic Russian mimes who might surprise you with their humor. 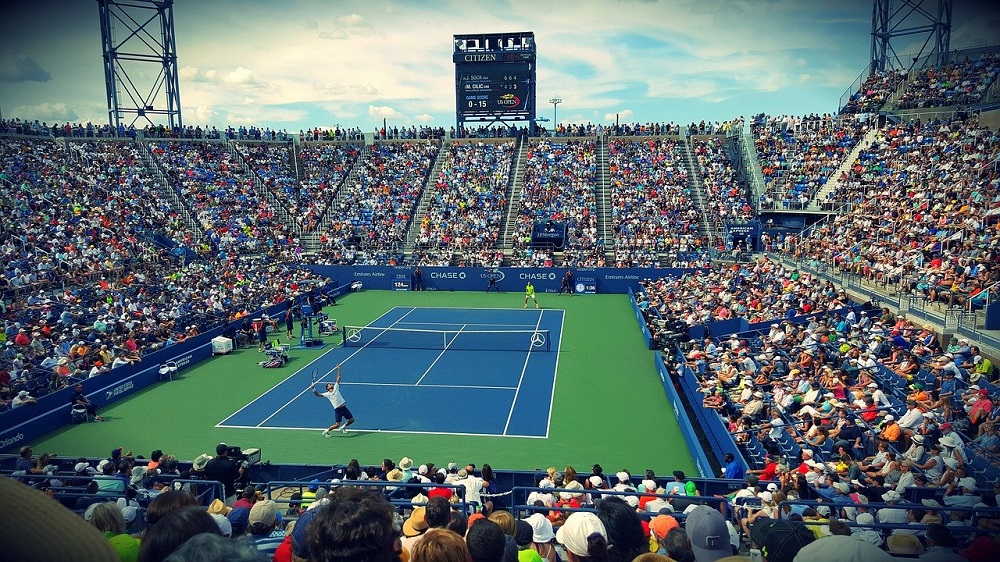 Dates: 24th May - 7th June 2020
Location: Paris, France
Starting in late May and ending during the first week of June, the French Open is a fabulous opportunity to see the world’s most romantic sport in the world’s most romantic city. Also referred to as Roland-Garros, the French Open may be notorious for being the most physically grueling of all of the Grand Slam Tournaments, but it is also the most fashionable which makes for some awesome people watching.

Dates: 28th - 30th May 2020
Location: Suffolk, United Kingdom
Launched in 2013, this festival transplants the slow-drawling American Deep South lifestyle to idyllic Euston Hall. Owner Harry Grafton, the 12th Duke, used to live in Nashville and toured with The Rolling Stones. The food is finger-licking good – gumbo, ribs, award-winning wings – and MEATliquor burgers are washed down with moonshine cocktails. At Red Rooster, RnB means authentic strumming, soul-stirring rhythm and blues, where bands have names that sound as good as their music (Big Boy Bloater, King Size Slim and Smokey Angle Shades have all graced the lineup in the past).

If you enjoyed reading this be sure to also go through our blog on the Top Destinations to Visit in May for more travel inspiration.