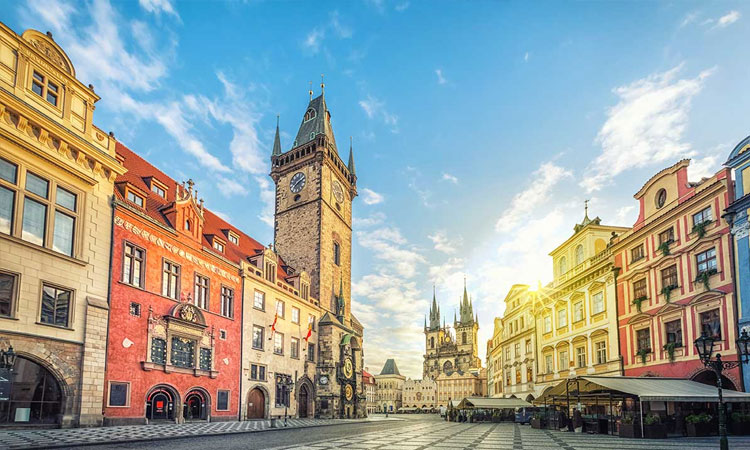 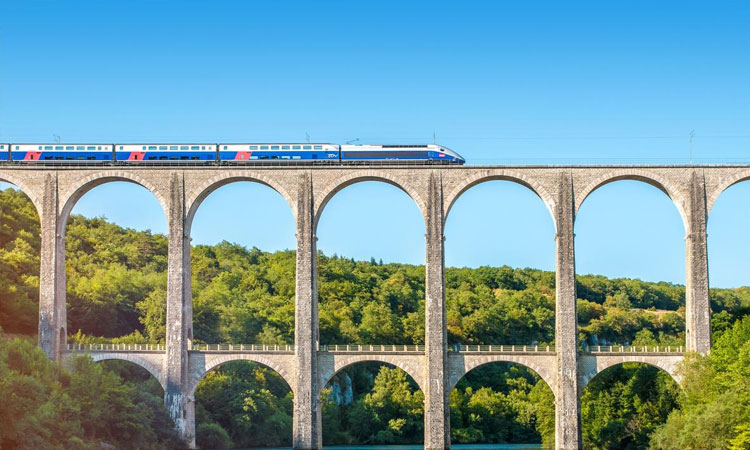 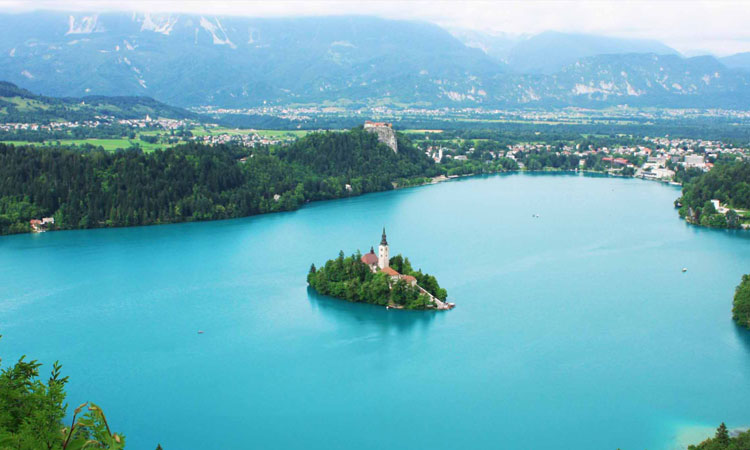 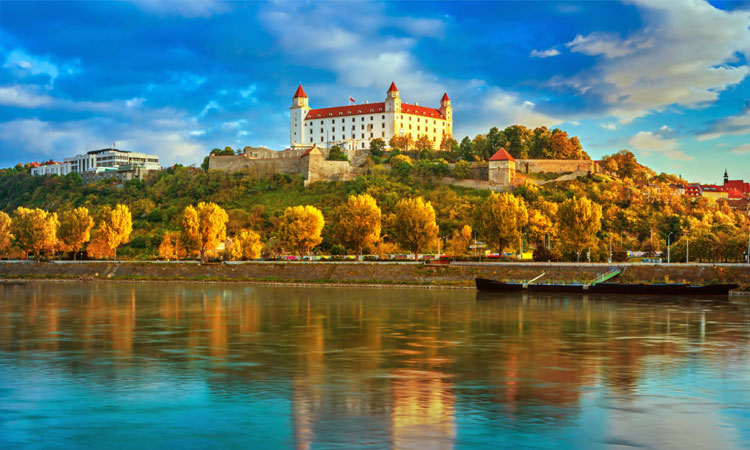 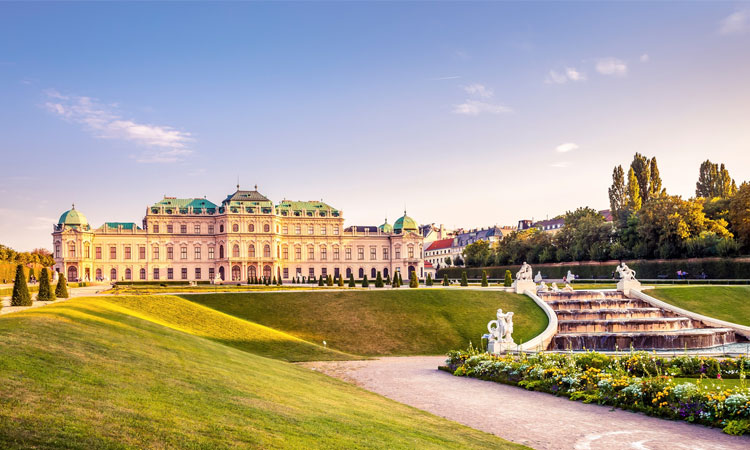 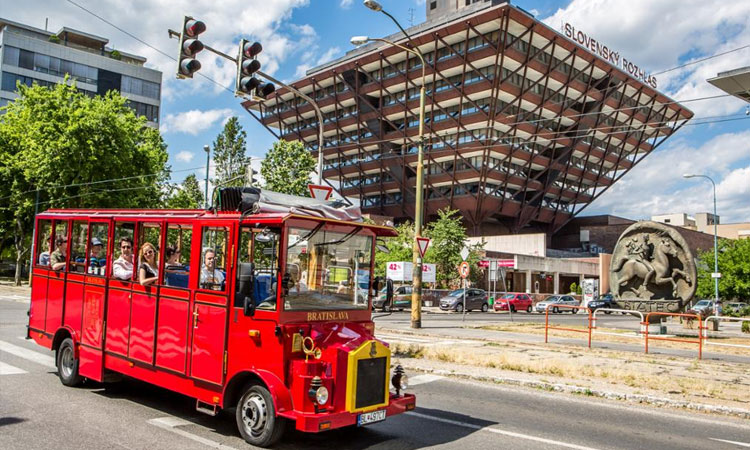 
DAY 1: Arrival in Vienna - Transfer to Bratislava
Your holiday would begin with arrival in Vienna - the capital and largest city of Austria as well as a melting pot of culture, architecture, history and beauty. It is one of the most beautiful cities in Eastern Europe. You would be greeted by a MakeMyTrip Holiday Manag-er at the airport and thereafter, head towards Bratislava.

Relish a delicious Indian dinner and get a good night’s rest as your Eastern Europe adven-ture would start the next day.

DAY 2: Orientation Excursion of Bratislava, Arrival in Budapest
The capital of Slovakia, Bratislava is set along the Danube River and shares border with both Austria and Hungary. Sur-rounded by vineyards and the Little Carpathian Mountains, crisscrossed with forested hiking and cycling trails, gives Bratislava its strongest flavoring. After a delicious breakfast at the hotel, you would proceed for an orientation excur-sion of this scenic city. The sightseeing would include places such as: Bratislava Castle - the landmark overlooking the capital built in the 9th century, Franciscan Square - dotted by shady plane trees and lined with pastel-colored Baroque townhouses, the main square, Michalska Street, Michael’s Gate - the only city gate that has been preserved of the me-dieval fortifications and ranks among the oldest town buildings, Old Town and Venturska Street.

After sightseeing, you would have some time at your discretion to enjoy and explore more of this city, after which, you would head towards the other city, Budapest - Hungary’s capital and a city known for its wondrous landscape, archi-tectural beauty and world-famous parties.

Later, relish a delicious Indian meal and enjoy a comfortable stay at the hotel.

DAY 3: Budapest City Excursion and Danube River Cruise
Today, after a hearty breakfast, you would set out for a city excursion of Budapest.

You could opt for lunch and choose to dig into some authentic local delicacies. Post lunch, you would proceed for the famous Danube River Cruise - the second longest river in Europe which is also referred to as ‘The Queen of European Rivers’. There is really no better way to explore Budapest in its full glory, than from the deck of this wonderful river cruise on the majestic Danube. The river is quite scenic, featuring the Iron Gate and the picturesque Wachau wine val-ley. The river is one of the most spectacular wetlands.

Later in the evening, you would be taken for an Indian dinner and then dropped off to the hotel. For those who wish to spend the night dancing and clubbing until dawn, or who yearn for cultural entertainment, could head out to experi-ence the nightlife in Budapest. Please note that if you wish to go out after dinner, you would be required to arrange your transport from and back to the hotel.

DAY 4: Arrival in Prague
Enjoy a hearty breakfast at the hotel, as today you would head to Prague - the capital city of the Czech Republic, also nicknamed as the ‘City of a Hundred Spires’. It is per-haps the most happening party destinations emerging destination in Eastern Europe.

Evening at leisure to explore this charming city that is romantic and successful, ancient yet modern, thus offering something for every traveler.
Dinner at an Indian restaurant and then will be transferred to the hotel for a comfort-able overnight stay.

DAY 5: Orientation Excursion of Prague
On this day, you would undertake an orientation excursion of Prague, post breakfast at the hotel. The sightseeing would include views such as: Astronomical Clock – the oldest astronomical clock which has been surprising people with its procession of Apostles, moving statues and visualization of time for 600 years, Charles Bridge - a famous his-toric bridge that crosses the Vltava river, St. Vitus Cathedral - the largest and the most important temple in Prague, Wenceslas Square - one of the main city squares and the center of the business and cultural communities in the New Town of Prague, Jewish Quarter, Mala Strana and Old Town Square. You would then have some free time in the center to explore and enjoy.
Post sightseeing, you would visit the famous Prague Castle - a historic monument built in the 9th century and the largest medieval castle in the world. It is now the official residence of the President of the Czech Republic.

After an exciting day, relish a scrumptious Indian dinner and then enjoy a comfortable stay at the hotel.

DAY 6: Drive to Austria I Orientation Tour of Salzburg
Post breakfast, you would head to Salzburg - an UNESCO World Heritage-listed city and the birthplace of one of the greatest composers of the classical era - Wolfgang Mozart . On the way, you would stop for lunch (own expense) at the quaint village of Cesky Krumlov. Upon reaching Salzburg you would embark on an orientation excursion to visit some of the most popular sites in the city: Mirabell Gardens - a listed, cultural heritage monument, the birth-place of Mozart & Residenz Fountain. You would surely be tempted to spend the rest of the day drifting from one baroque church and monumental square to the next in a daze of grandeur. A warm and delicious Indian dinner would mark the end of this thrilling day, as you settle in for a comfortable overnight stay in the country side (Piding/Linz/similar area).

DAY 7: Vienna
After a scrumptious breakfast, you would set out to a scenic drive to Vienna - the capital and largest city of Austria as well as a melting pot of culture, architecture, history and beauty. It is one of the most beautiful cities in Eastern Eu-rope.

Later, at the city center, you could spend some time shopping and discovering new sides of this large city by simply walking around as the evening will be at leisure for you. After soaking in the myriad sights of the city, relish a deli-cious Indian dinner and then enjoy a comfortable stay at the hotel in Vienna. 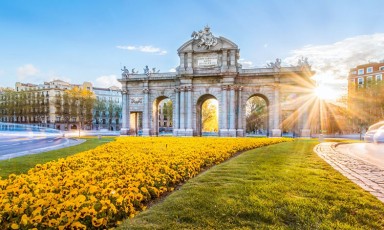 Upon arriving at the airport we will be waiting to transfer you to your hotel. You can enjoy free time until your tour starts.< 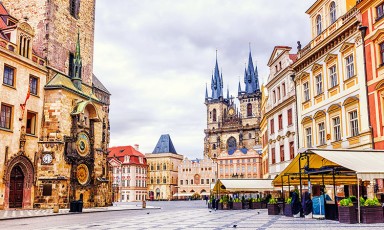 Welcome to Madrid! Upon arrival at the airport, we shall be waiting to transfer you to your hotel. Free time.<