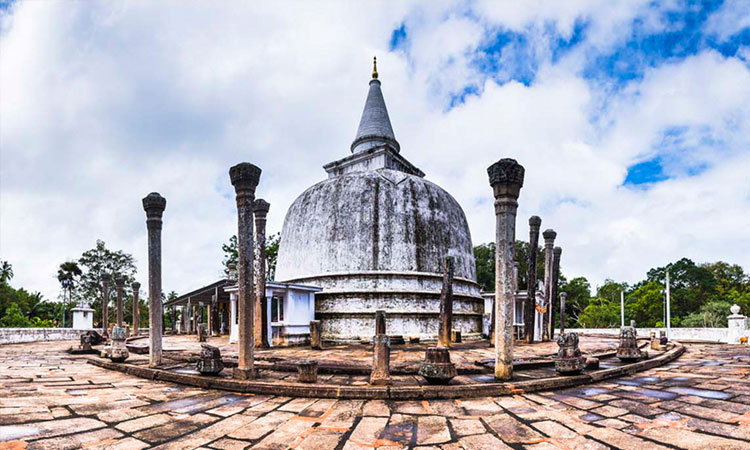 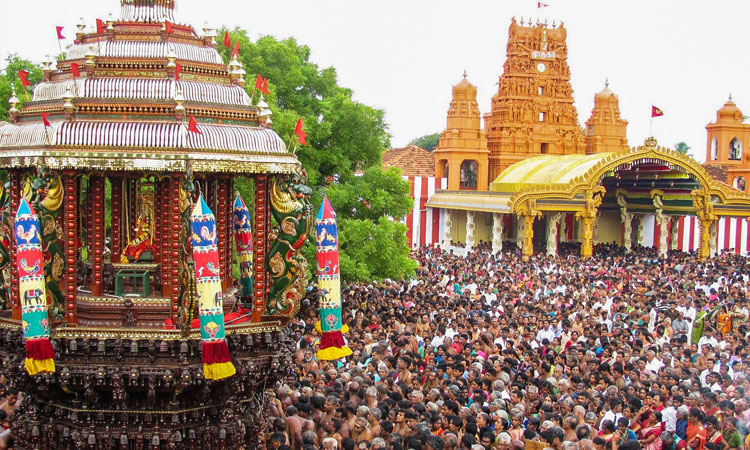 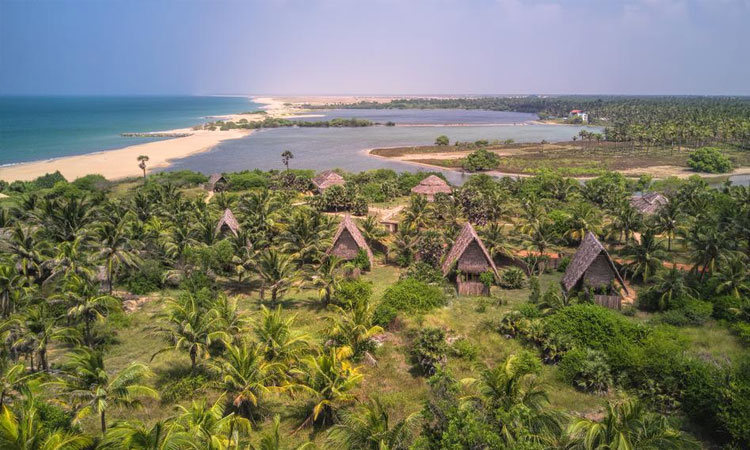 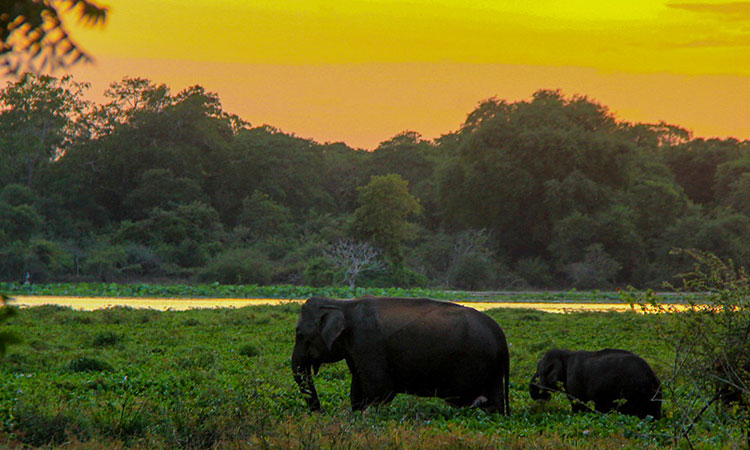 Kalpitiya
Kalpitiya, situated nearly 130 km away from Colombo in the Puttlam district, is a fishing town based around the peninsula of Kalpitiya. With the country’s largest coral reef of 307 km 2, 14 off shore islands, saltpans, mangroves swamps, salt marshes and vast sand dune beaches Kalpitiyais identifiedfor the large pods of Spinner Dolphins who could be found within a just one hour boat ride from Kalpitiya harbour.

The dolphins with nearly hundreds of members leap and jump in an aerial display in a movement known as Dolphin’s dance attracting thousands of tourists to the shallow water s of the Kalpitiya reef. Other than the most common, the spinner dolphins, other species including Risso’s Dolphin, Bottlenose Dolphin and Striped Dolphin too makes appearance although not as frequently or in such large numbers.

The sighting of sperm whales too is a common site in Kalpitiya. From November to Mid-April sperm whales gather in pods of 20-30 further West from the location of the dolphins and nearly seven nautical miles away from the land, where the depth of the ocean shows a sudden increase from hundred meters to thousand meters. These giants are not found alone as few Blue Whales, pilot whales and a pod of Pygmy Sperm Whales are often observed in the immediate area.

The bird population of the park include the painted stork, the open bill, little cormorant, Sri Lanka Jungle fowl along with many species of owls, terns, gulls, eagles, kites buzzards. Wetland bird species that can be seen in Wilpattu are the Garganey, Pin tail, Whistlingteal, Spoonbill White ibis, large white egret, Cattle egret and Purple heron.

Anuradhapura City Tour
Sri Lanka’s third and the longest serving capital and one of the oldest continuously inhabited cities in the world Anuradhapura, is also one of the most sacred cities of World Buddhists.

The ancient city of Anuradhapura includes Ruwanweli Maha Seya, the great stupa of Lanka and the Jaya Sri Maha Bodhiya, the sacred fig tree, one of the oldest trees in the world. The serene beauty of Samadhi Buddha Statue continues to impress its beholders while an evening spent the riding the waters of Kala Wawa is unforgettable.

The kovil’s 15th-century structure was vandalized by Portuguese in the 17th century and the current structure was rebuilt in 1734. Its beautifully maintained large and airy space shelters decorative brass work, larger-than-life murals, pillared halls and a colonnaded, stepped holy pool, all dominated by the golden-ochre, god-encrusted gopuram peering down one length of Point Pedro Road. The temple hosts an enormous and spectacular Hindu festival for over 25 days in July/August, which climaxes on the twenty fourth with parades of floats and displays of self-mutilation by entranced devotees.

Nagadeepa Purana Raja Maha Viharaya
The temple situated in the island of Nagadeepa which is 30 km from Jaffna on road and another 15 minutes in a ferry attracts thousands of pilgrims throughout the year despite its extreme location.

The Stupa of the temple is known as Rajayathana stupa and was constructed nearly 2700 years ago by 2 Naga Kings Chulodara and Mahodara, whose dispute over the gem adorned golden throne, was settled peacefully by Lord Buddha. In gratitude the throne was offered to the lord Buddha, was returned to the Naga Kings and was later enshrined in the Rajayathana stupa.

The temple was a flourishing pilgrim’s site until it was repeatedly plundered by the provincial Tamil kings and Portuguese during the 17th Century. The temple was forgotten with time until it was unearthed and reconstructed in 1941 and the end of a thirty years old war had seen a revival of pilgrimage to the site.

Kadurugoda Temple
Situated in Hunugama or Chunnakkam in Jaffna Peninsula, the Kadurugoda Temple is believed to be a part of an ancient large Buddhist Monastery and is held by some to be a site graced by Lord Buddha on his visit to Sri Lanka.First identified, excavated and recorded in 1917 the temple site with ruins of sixty stupa is believed to contain the remaining of sixty arhants, who have been based at Pukuduthivu then known as Pulangu-Divaina and have passed away of food poisoning. The earliest excavation had unearthed coins, beads, Buddha statues and coloured tiles of Anuradhapura and Polonnaruwa era.

Shree Nagapooshani Amman Hindu Temple
Situated in the isle of Nagadeepa just thirty km form the Jaffna peninsula, Shree Nagapooshani (Bhuvaneswari) Amman Hindu Temple is wrapped in thousand years of myth and legend. Dedicated to Parvati who is known as Nagapooshani and her consort, Shiva, the temple is known to be one of the prominent 64 Shakti Peethams. Believed to have been established by Lord Indra himself the temple is believed to have been built by a Chola merchant travelling from India to Sri Lanka, however was destroyed and rebuilt in the 18th century.

The Miracle Springs of Keerimalai
Believed to hold the magical powers to cure various physical ailments including a disagreeable face the fresh water springs of Keerimalai lies next to the soaring Indian ocean in west of Palay. A pool built surrounding the springs is a sought after bathing place believed to cure many physical ailments including disfigured faces. The Hindu temple nearby had been built by a Pandayan princess in gratitude of curing her horse shaped head, whose statue stands in a revering position by the pool.

Bottomless Well of Nilavarai
According to legend, Seetha, wife of Rama, while on the return journey to India was overcome with thirst and the Hero King Rama had gallantly shot an arrow on to the earth creating the Bottomless well of Nilavarai.

On the more factual shade the well provides fresh water to the area around and is a source of water for domestic and irrigational purposes. Two attempts by various scientific groups had failed to identify the bottom of this well or its’water source while some believe it to be connected to the freshwater ponds in Ayiyakachchi and Keerimalei through an underground river.

Casuarina Beach
Named for the abundance of casuarina trees the casuarina beach had been protected by the polluting human tough for the last thirty years from a ravaging war. Considered to be one of the beat beaches in the Jaffna peninsula, the powder soft sand, the shallow waters up to almost a mile towards the sea and lack of strong currents and waves make it one the ideal bathing spots in the area.

Jaffna Fort
Constructed in 1618 by the Portuguese and later taken over by the Dutch and the British the Jaffna fort continued to be a British garrison until 1948.Buildings inside the fort include the Governor's residence, Queen's House, Jaffna, the Garrison Parade Ground, Police quarters and several buildings from the Portuguese era.

With the onset of the Sri Lankan Civil War it came under siege on several occasions and was the scene of pitched battles. From 1986 to 1995 it was under the control of the LTTE and was recaptured by the Sri Lanka Army in 1995 after a 50 day siege. Today the Fort is under an intense Archaeological and structural revamp with the assistance of the Dutch government.

Fort Hammenhiel
Standing on a rock at the entrance to Jaffna lagoon and surrounded on all sides by the sea; Hammenhiel stood on the north, guarding the passage by water to the Key Fort in Jaffna. Built initially by the Portuguese in the seventeenth century on a small island between the island of Kayts and Karaitivu of Jaffna Peninsula, Fort Hammenhiel was later captured, rebuilt and renamed by the Dutch in memory of a ‘heel of the ham’.

In the recent history it served as a correction facility for naval personnel but had been refurbished in to a resort and restaurant where old Dutch prison cells had been converted into rooms to provide a prison cell experience. 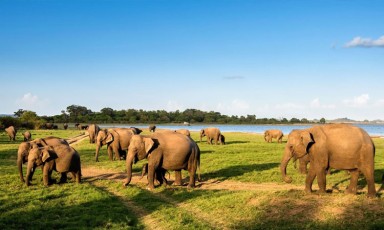 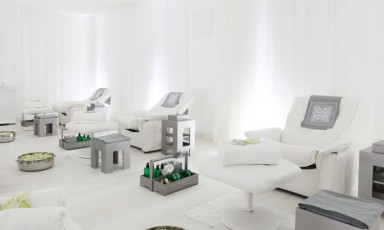 Ayurveda, the science of life, represents a system of healing that has been perfected over more than five thousand years. It is South Asia's ancient medication system based on herbs and diet and was country’s only treatment method until the introduction of Western Medication in the 19th Century. Although an Ayurveda medication system exists parallel to the western medication system even today.< 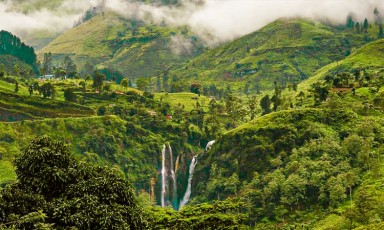 The central highlands of Sri Lanka are filled with pictures of stirring mountains carpeted with lush green tea gardens, roaring waterfalls mingling with the clouds and landscapes shimmering in sunlight and disappearing under the rising mist.<