SPAIN Down South Self Drive

Ronda:
This picture postcard city hugs the edges of a 120metre gorge and is packed with historic churches and palaces, and Spain’s oldest bullring.

Jerez de la Frontera:
A beautiful baroque city, which gave its name to sherry, is considered the spiritual home of Spanish horsemanship.

White village route:
Journey through the picturesque highlands of the Sierra de Grazalema and behold the rustic beauty of its whitewashed villages.

Cordoba:
Discover the magnificent Great Mosque, wander through the former Jewish district and visit the synagogue.


DAY 1 | ARRIVAL SEVILLE
Arrive to Seville airport and pick up your hired car (head to the hall to meet with a OK-rent-a-car representative). Discover Seville and visit to some of the capital’s top attractions such as the Royal Alcazar palace and the cathedral – both UNESCO World Heritage Sites – as well as Santa Cruz, its most picturesque inner city neighbourhood. The Royal Alcazar traces its origins to the 10th century, when it became the palace of a Moorish caliph. Over the centuries, it has been expanded with a series of stunning halls, pavilions, patios and gardens in a variety of styles from Moorish and Mudejar to Gothic, Renaissance and baroque. The Cathedral of Saint Mary of the See, whose glorious Giralda belfry is Seville’s most iconic symbol. The building began life as a mosque in the 12th century and has since grown to become the third-largest church in the world. Explore secluded Santa Cruz, the former Jewish quarter and today the most traditional neighbourhood in the old town. It is a warren of whitewashed lanes, alleys, archways and patios, each with a historical tale to tell.

Enjoy a tapas lunch in a typical restaurant (not included).

DAY 2 | SEVILLE – JEREZ DE LA FRONTERA (90km – 1.1 hrs)
Take to the road for a picturesque drive to Jerez de la Frontera, passing through some of the most beautiful countryside in Andalusia, which is dotted with rustic villages known as pueblos blancos. See Moorish citadels, romantic farmhouses nestling in verdant valleys, historic hilltop hamlets and towns perched precariously on precipitous ridges. Arrive in Jerez de la Frontera and check-in at the hotel.

DAY 3 | JEREZ DE LA FRONTERA – RONDA (115km – 1.3 hrs)
Enjoy breakfast at the hotel before departing for Ronda, taking a scenic inland route, passing red earth hills dotted with olive plantations. On arrival, the well-preserved ruins of five defensive walls testify to Ronda’s turbulent past. Today, this history casts an enchanting spell over Ronda, which retains a beguiling timelessness in the maze of whitewashed cobbled alleys leading to the famous New Bridge over the 120-metre-deep El Tajo Gorge. Admire Mudejar towers, Renaissance palaces and baroque churches during your visit. Discover the imposing Gothic-Renaissance Church of Santa Maria la Mayor, which was built in the 1480s by the Castilian conquerors on the site of the Moorish great mosque, see what a traditional Andalusian house looks like inside with a visit to the eclectic-modernist Casa de Don Juan de Bosco and explore the bullring, the oldest in Spain, and its museum.

DAYS 4-5| RONDA – GRANADA (180km – 2.15 hrs)
Enjoy breakfast at the hotel before exploring the historic city of Granada and photograph its greatest treasure, the Alhambra palace. For more than 1,000 years, this ‘pearl set in emeralds’ has stood atop Sabika hill overlooking the city, gaining in importance during the Moorish Nasrid dynasty, which turned the original castle into the palace of today. The royal complex and gardens were built to be 'heaven on earth', with cool patios, fountains and intricate carvings. Marvel at the rooms such as the Court of the Myrtles and the Hall of the Ambassadors, which are decorated in elaborate honeycomb arabesque plasterwork. Cross the verdant ravine of the River Darro to the historic Albaicin quarter, which has existed since Moorish times and still maintains its original chaotic layout. Narrow cobblestone alleys of tightly packed whitewashed houses snake their way upwards to the various vantage points offering breathtaking views of the Alhambra nestled under the Sierra Nevada.

DAY 6 | GRANADA – CORDOBA (200km – 2.15 hrs)
Arrive in Cordoba and enjoy the old town, which is a UNESCO World Heritage Site. Cordoba was the capital of the Moorish caliphate of Al-Andalus during the height of its powers and glory, and nowhere is this wealth more evident than in the magnificent Great Mosque, which is now the Catholic cathedral. Wander through the colonnaded prayer halls, which are decorated with hundreds of marble columns joined by two-tone arches. Admire the mihrab and the side chapels, with their eclectic mix of arabesque and baroque styles. Stroll through the Patio of the Orange Trees, an oasis of peace cooled by the shade of 100 trees, and admire the arabesque decorations of exterior doorways. Continue by walking to the former Jewish Quarter to visit the 14th century synagogue.

DAY 7 | CORDOBA – SEVILLE (140km – 1.5 hrs)
Drive back to the capital city and take the opportunity to visit and enjoy the wonderful city of Seville again.

DAY 8 | DEPART SEVILLE
End this unforgettable journey by returning the vehicle at the rent a car company near the airport. Return procedure and exact designated area will be adviced by rent a car company when you pick up the car on arrival day. The rent-a-car shuttle service will transfer you to the terminal for you to catch your departure flight back home.

SPAIN Down South Self Drive 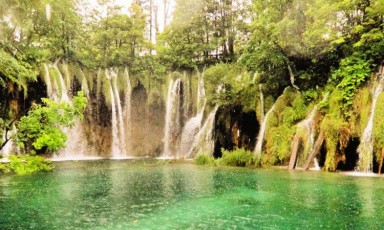 Best of Croatia (From Zagreb to Dubrovnik) Self Drive

Choose this self-drive tour and spend eleven days exploring the breathtaking beauty of Croatian landscape. Start in Zagreb, the charming capital of Croatia, then continue to Opatija, and admire the glamour of fragrant botanical gardens, parks and coloured villas of this sea side resort of Austro-Hungarian period. Plitvice Lakes National Park is a must-see natural phenomenon with astonishing waterfalls and 16 connected lakes, and Zadar and Split will capture your interest by the unique culinary and laid back atmosphere. End the journey with a remarkable visit of Dubrovnik, another Croatian treasure characterized by spectacular architecture, intense art, and cultural opulence.<

Morocco Route of 1000 Kasbahs Self Drive

Cross the majestic High Atlas and explore Morocco’s great south on this fascinating 9-day adventure. Spend a night in a tent camp at the foot of the Merzouga dunes and see the sun rise and set over the desert landscape. On this journey you will also visit some of Morocco’s most iconic cities, like Marrakech, Erfoud or Ouarzazate. Come discover the true essence of Morocco.< 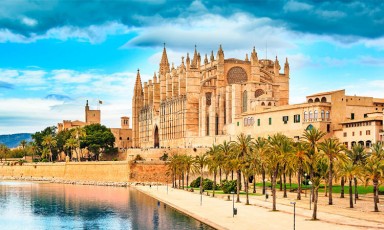 Discover the Balearic Islands at your own pace. Sea or mountain, culture or beach, quite coves or crowded clubs, it´s all here in the beautiful Mallorca. Your stay will be splitted in two different hubs so you'll be able to make the most of it.<